What is Translation and Interpreting Services?

What is Translation and Interpreting Services?

Interpreting and translation are two closely related linguistic disciplines and are rarely performed by same people. The difference in skills, training, aptitude and even language knowledge are so substantial that few people can do both successfully on a professional level.

The difference between interpreting and translation is most importantly the medium used in facilitating communication in written form or conversationally. Translation is the written form whereas interpretation is verbal. The translator converts a written text from a source language to a target language. Hence facilitating communication between people groups of different cultures reading, sharing and understanding the said written document or information. For instance translating a text book written by a German author into Romanian for use in Romanian schools.

Thus, it is very important for a translator to be skilled in the written form of both the source and target languages. A skilled translator must have the ability to understand the source language and the culture of the country. Then, using a good library of dictionaries and reference materials. Then render that material clearly and accurately into the target language taking note of idioms and cultural nuances.

Interpreting is verbally enabling real-time cross-linguistic communication either face-to-face, in a conference setting or over the phone. Also it is the process where a person repeats what is said out loud in a different language. The interpreter listens to a speaker in the source language, grasps the content of what is being said,  then repeats it out loud in the target language.

Most translators use computer aided tools in their work. This helps in converting the source content into a file type that’s easy to work with. Whereas, interpreters have a fundamental proficiency in spoken communication. Interpreters often required to specialize in particular fields of expertise to ensure accuracy.

Both processes however, are essential in facilitating communication from a source language to a target language in their different capacities.

What is Interpreting and what are the different modes/types of interpretation?

An interpreter is essentially a mediator facilitating  verbal communication hence breaking linguistic cultural barriers. If a French speaking business man meets with a Japanese client who does not speak French, an interpreter will facilitate their meeting. 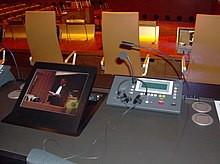 Simultaneous interpretation (SI) suffers the disadvantage that if a person is performing the service the interpreter must do the best he or she can within the time permitted by the pace of source speech. However they also have the advantages of saving time and not disturbing the natural flow of the speaker. SI can also be accomplished by software where the program can simultaneously listen to incoming speech and speak the associated interpretation. The most common form is extempore SI, where the interpreter does not know the message until he or she hears it.

Simultaneous interpretation using electronic equipment where the interpreter can hear the speaker’s voice as well as the interpreter’s own voice was introduced at the Nuremberg trials in 1945[11]. The equipment facilitated large numbers of listeners, and interpretation was offered in French, Russian, German and English.[12] The technology arose in the 1920s and 1930s when American businessman Edward Filene and British engineer Alan Gordon Finlay developed simultaneous interpretation equipment with IBM.[13] Yvonne Kapp attended a conference with simultaneous translation in 1935 in the Soviet Union.[14] As it proved successful, IBM was able to sell the equipment to the United Nations, where it is now widely used in the United Nations Interpretation Service.

Since time immemorial, whispering interpretation has been used, known in the trade by the French term chuchotage. To avoid disturbing the original speaker and those present listening to the original speaker, the interpreter’s voice is kept at a low volume. To do this, the interpreter and the person requiring interpretation must sit or stand in close proximity to one another. No actual whispering is involved as this is difficult to decipher as well as being too much of a strain on the voice: the interpreter uses normal ‘voiced’ speech at a low volume. Only one or at the most two people in need of interpretation can be accommodated, unless portable electronic equipment is used.

Interpreting booths at a conference by the World Trade Organization 2017 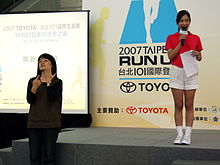 The hostess (in red) and a sign language interpreter at a press conference in Taipei, 2007. 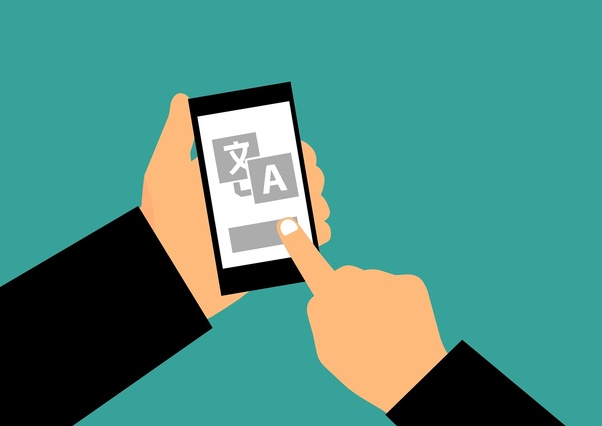 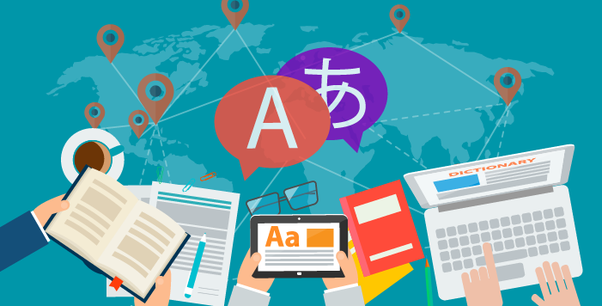 The differences in skills are arguably greater than their similarities. The key skills of the translator are the ability to understand the source language and the culture of the country where the text originated, then using a good library of dictionaries and reference materials, to render that material clearly and accurately into the target language. In other words, while linguistic and cultural skills are still critical, the most important mark of a good translator is the ability to write well in the target language.

Even bilingual individuals can rarely express themselves in a given subject equally well in both languages, and many excellent translators are not fully bilingual to begin with. Knowing this limitation, a good translator will only translate documents into his or her native language.

The importance of consistent terminology in technical translation, for example in patents, as well as the highly formulaic and repetitive nature of technical writing makes computer-assisted translation using translation memories and terminology databases especially appropriate. In his book Technical Translation Jody Byrne argues that technical translation is closely related to technical communication and that it can benefit from research in this and other areas such as usability and cognitive psychology.

In addition to making texts with technical jargon accessible for a wider ranging audience, technical translation also involves linguistic features of translating technological texts from one language to another.

Translation as a whole is a balance of art and science influenced by both theory and practice. Having knowledge of both the linguistic features as well as the aesthetic features of translation applies directly to the field of technical translation.